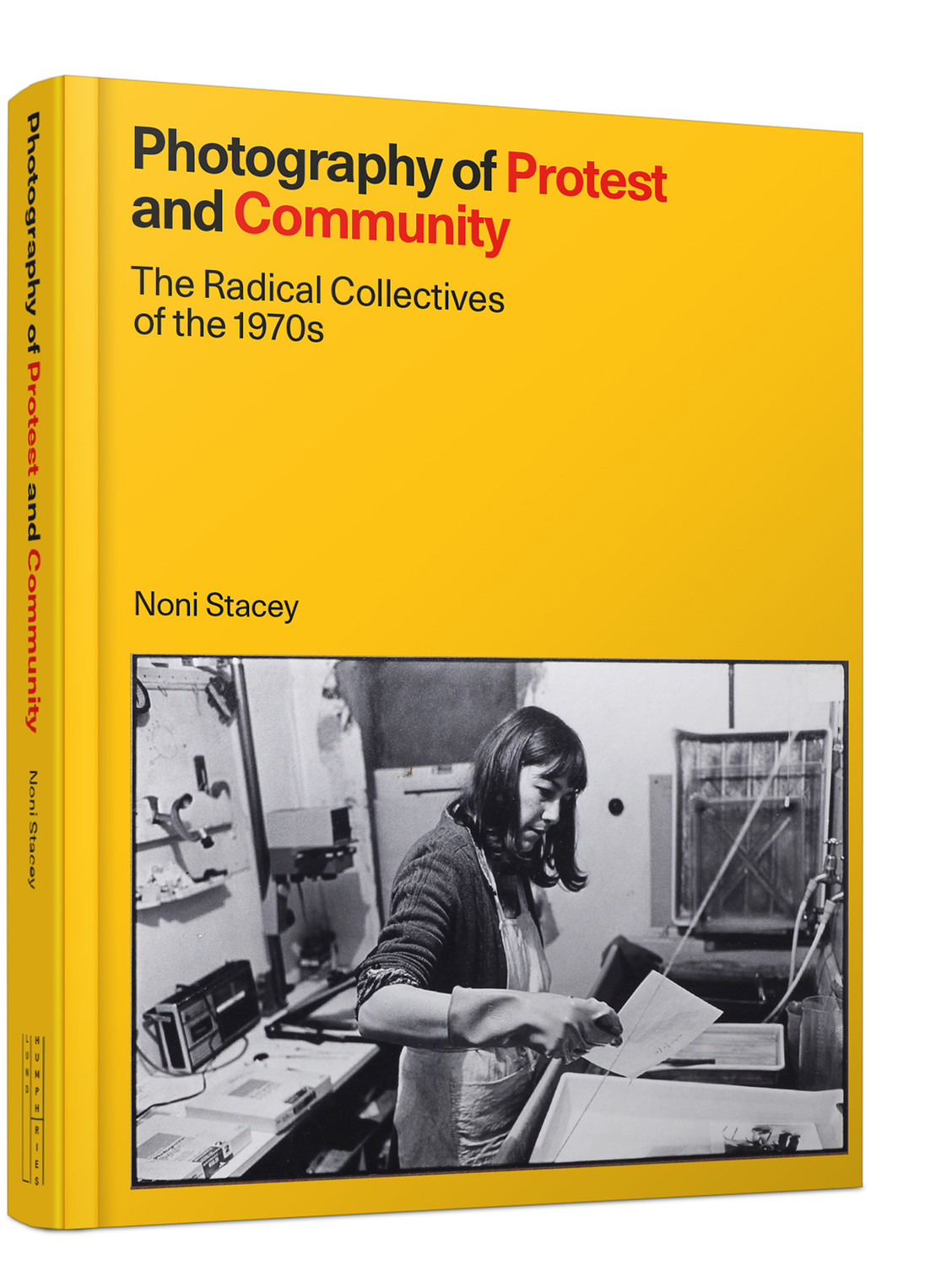 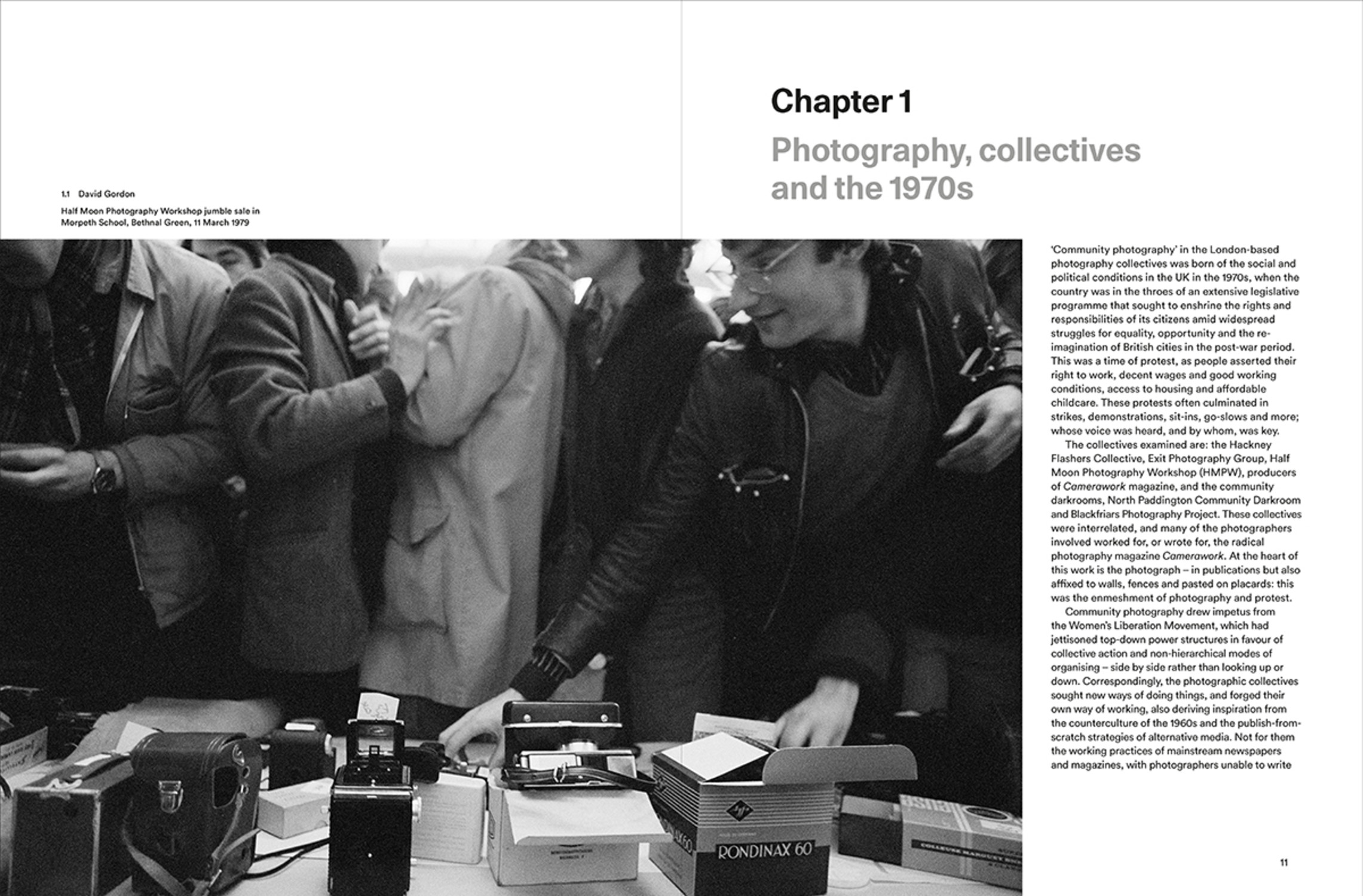 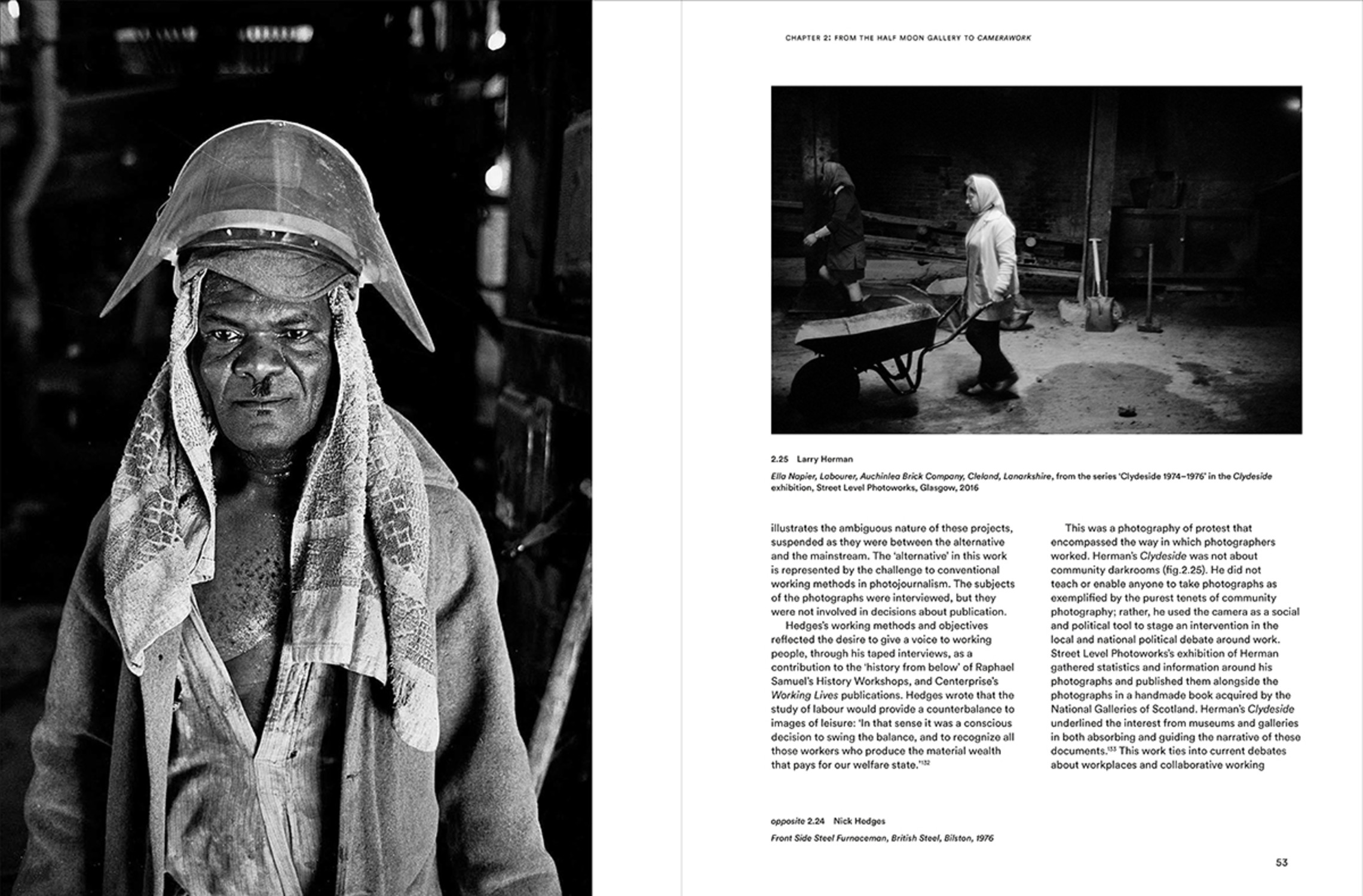 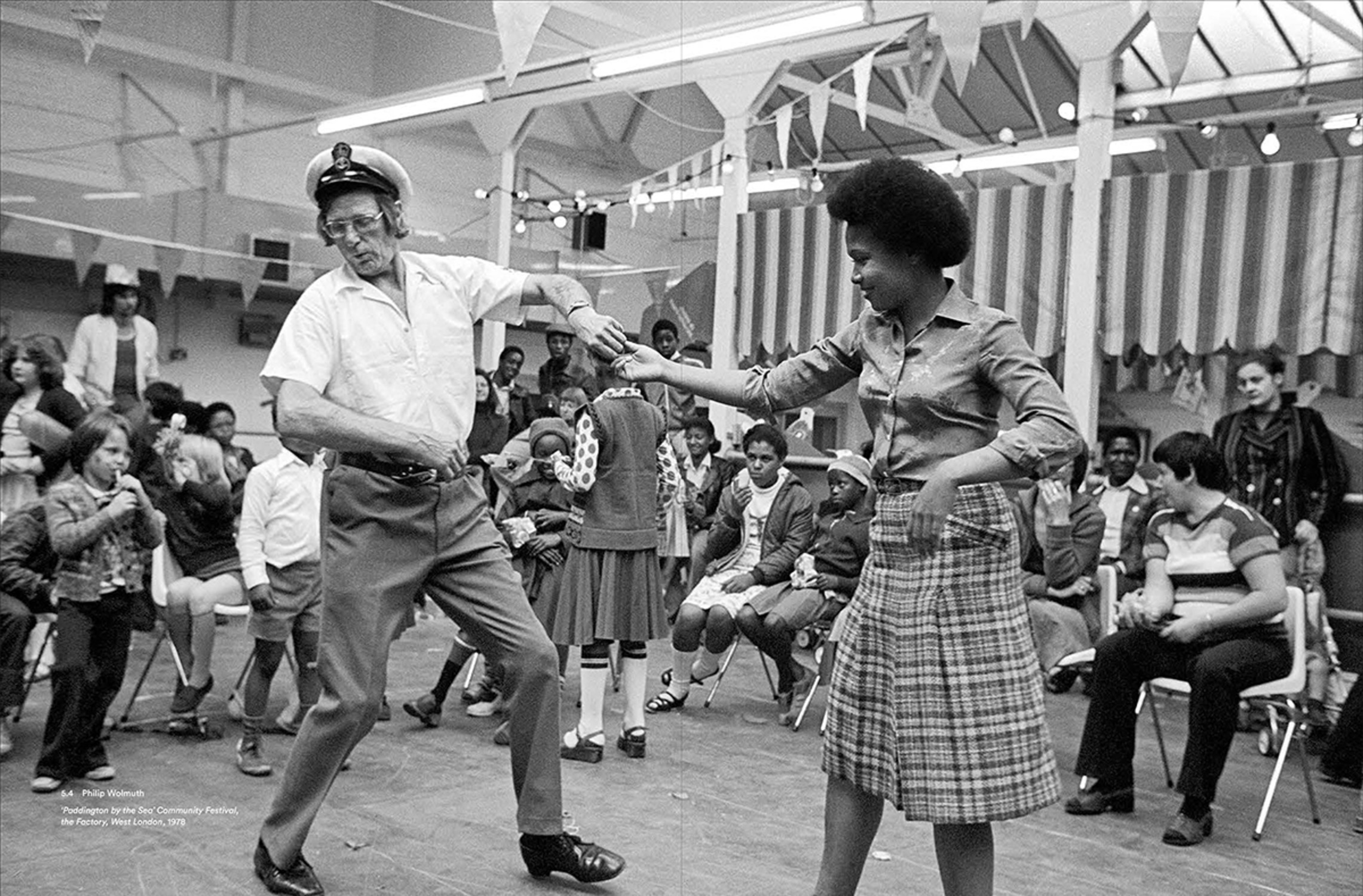 Photography of Protest and Community

The Radical Collectives of the 1970s

During the 1970s, London-based photographers joined together to form collectives which engaged with local and international political protest in cities across the UK. This book is a survey of the radical community photography that these collectives produced.

The photographers derived inspiration from counterculture while finding new ways to produce, publish and exhibit their work. They wanted to do things in their own way, to create their own magazines and exhibition networks, and to take their politicised photographic and textual commentary on the re-imagination of British cities in the post-war period into community centres, laundrettes, Working Men’s Clubs, polytechnics, nurseries – anywhere that would have them. The laminated panel exhibitions were sufficiently robust, when packed into a laundry box, to withstand circulation round the country on British Rail’s Red Star parcel network.

Through archival research, interviews and newly discovered photographic and ephemeral material, this tells the story of the Hackney Flashers Collective, Exit Photography Group, Half Moon Photography Workshop, producers of Camerawork magazine, and the community darkrooms, North Paddington Community Darkroom and Blackfriars Photography Project. It reveals how they created a ‘history from below’, positioning themselves outside of established mainstream media, and aiming to make the invisible visible by bringing the disenfranchised and marginalised into the political debate.

Back To Noni Stacey