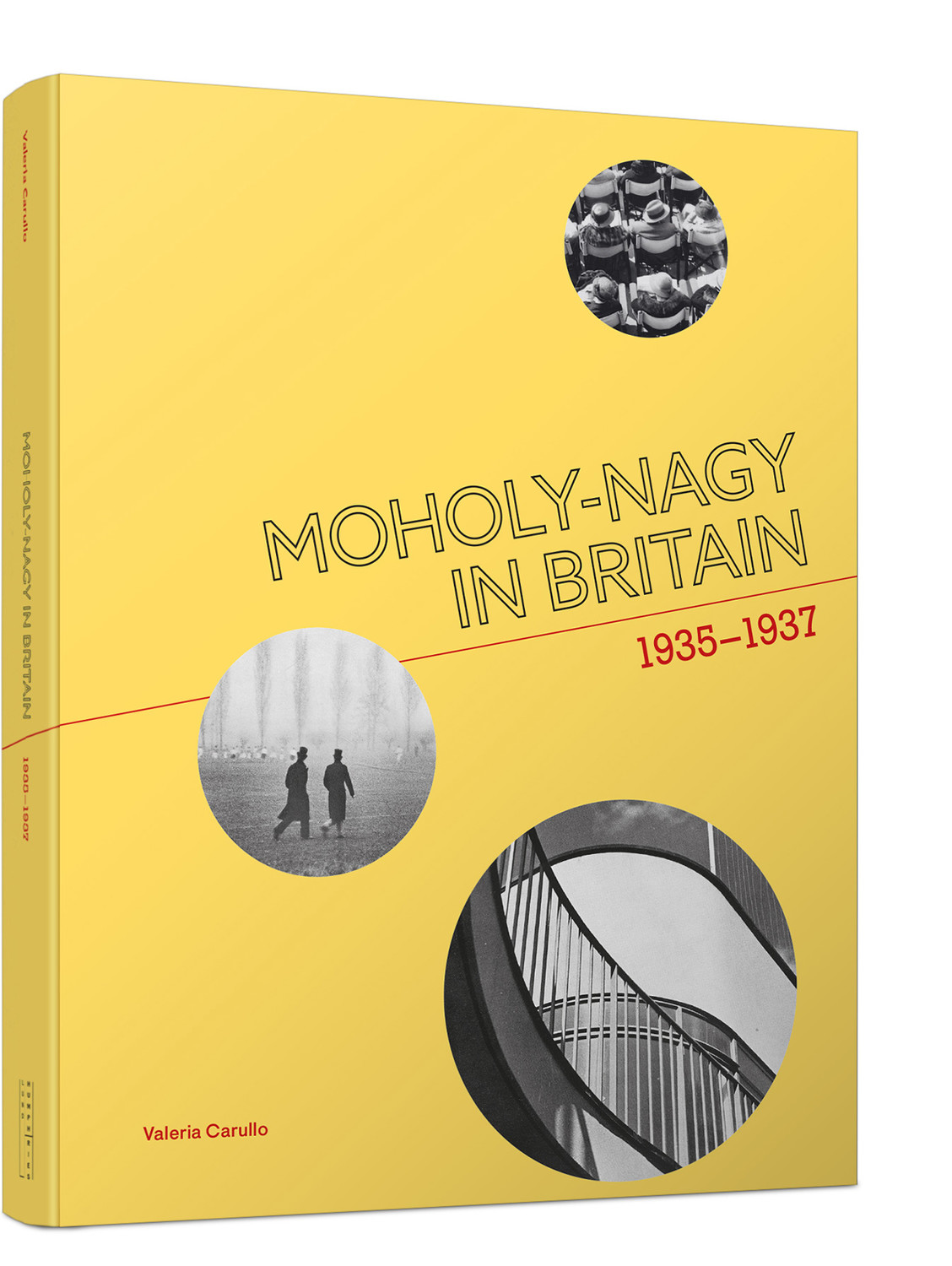 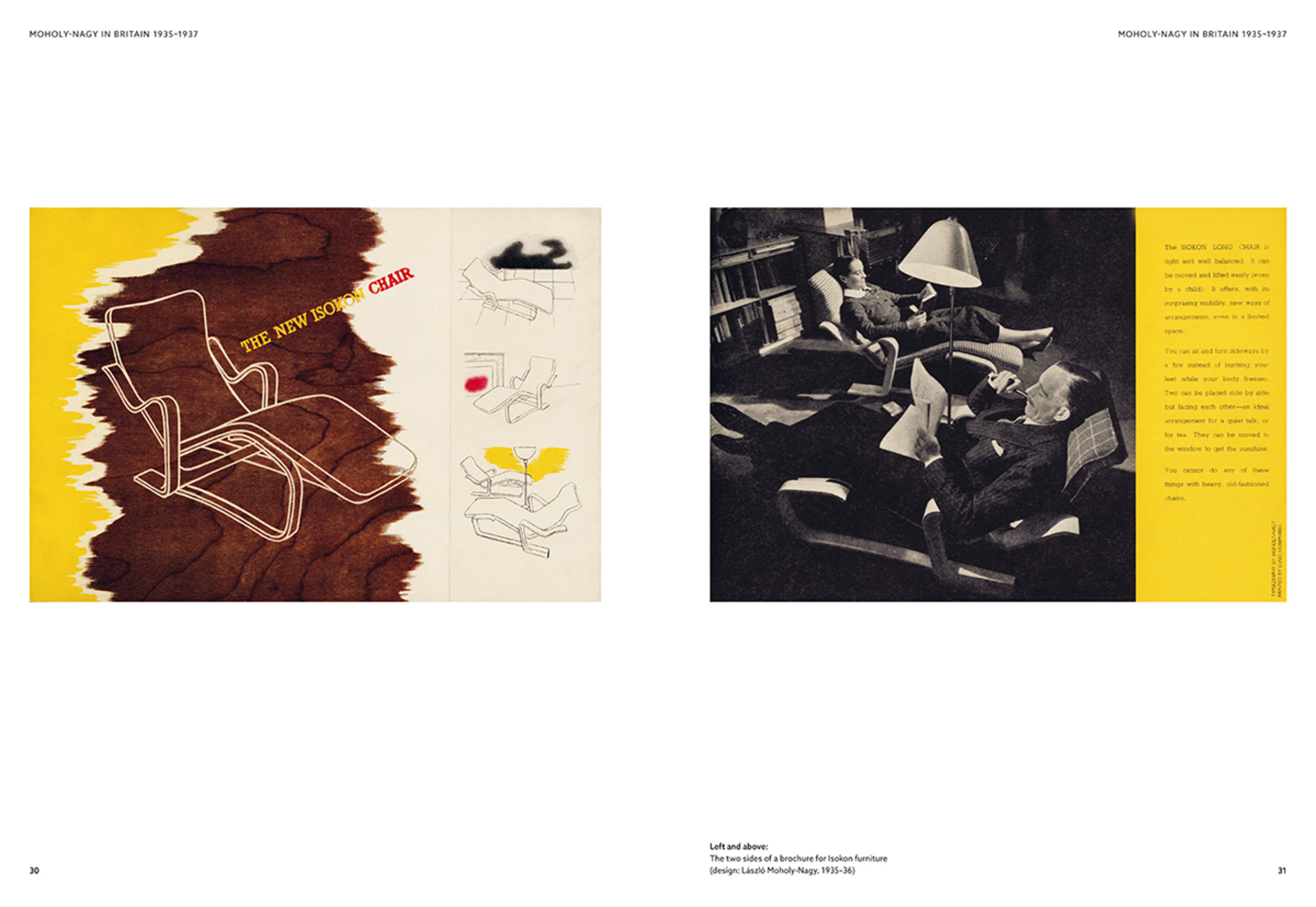 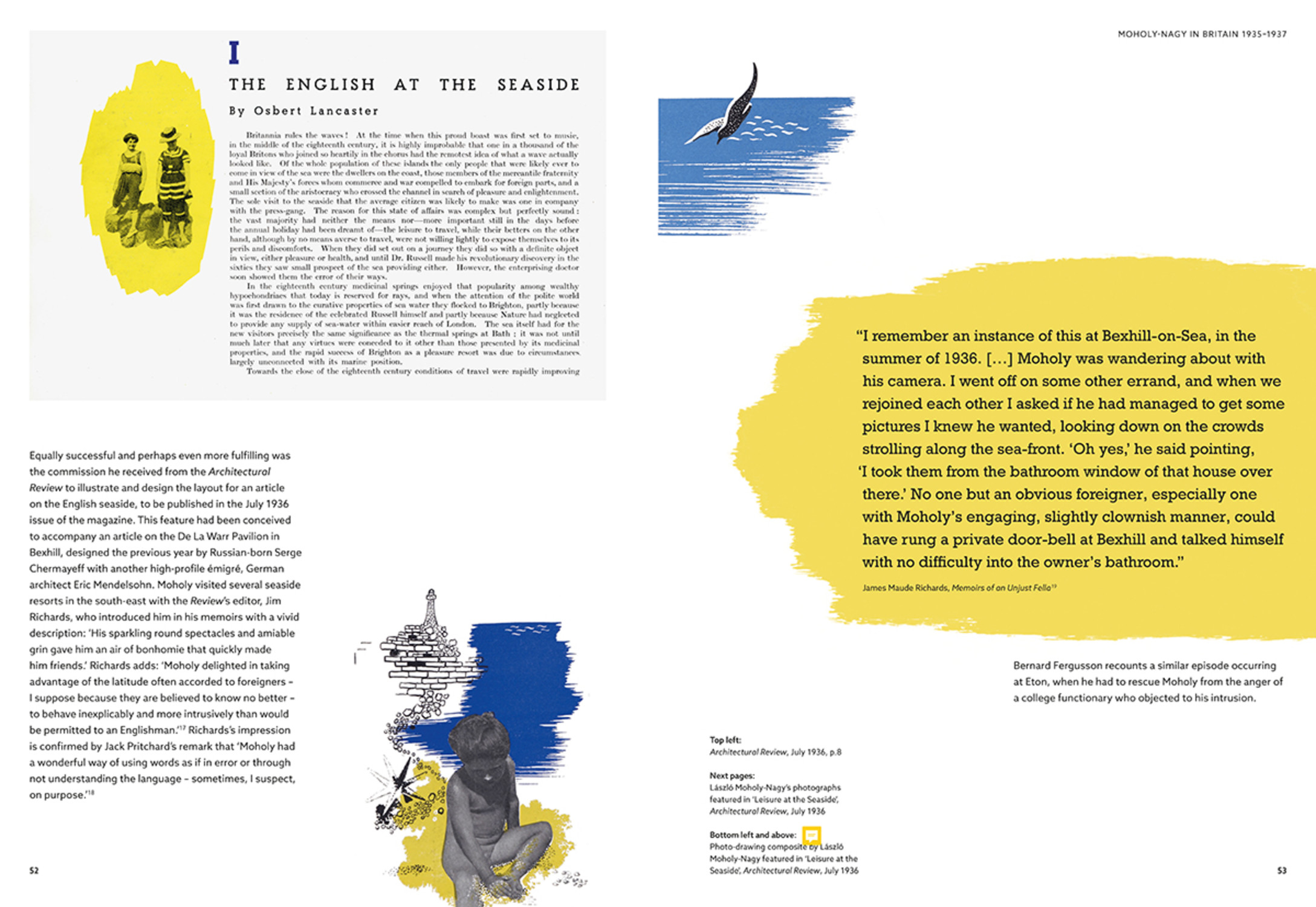 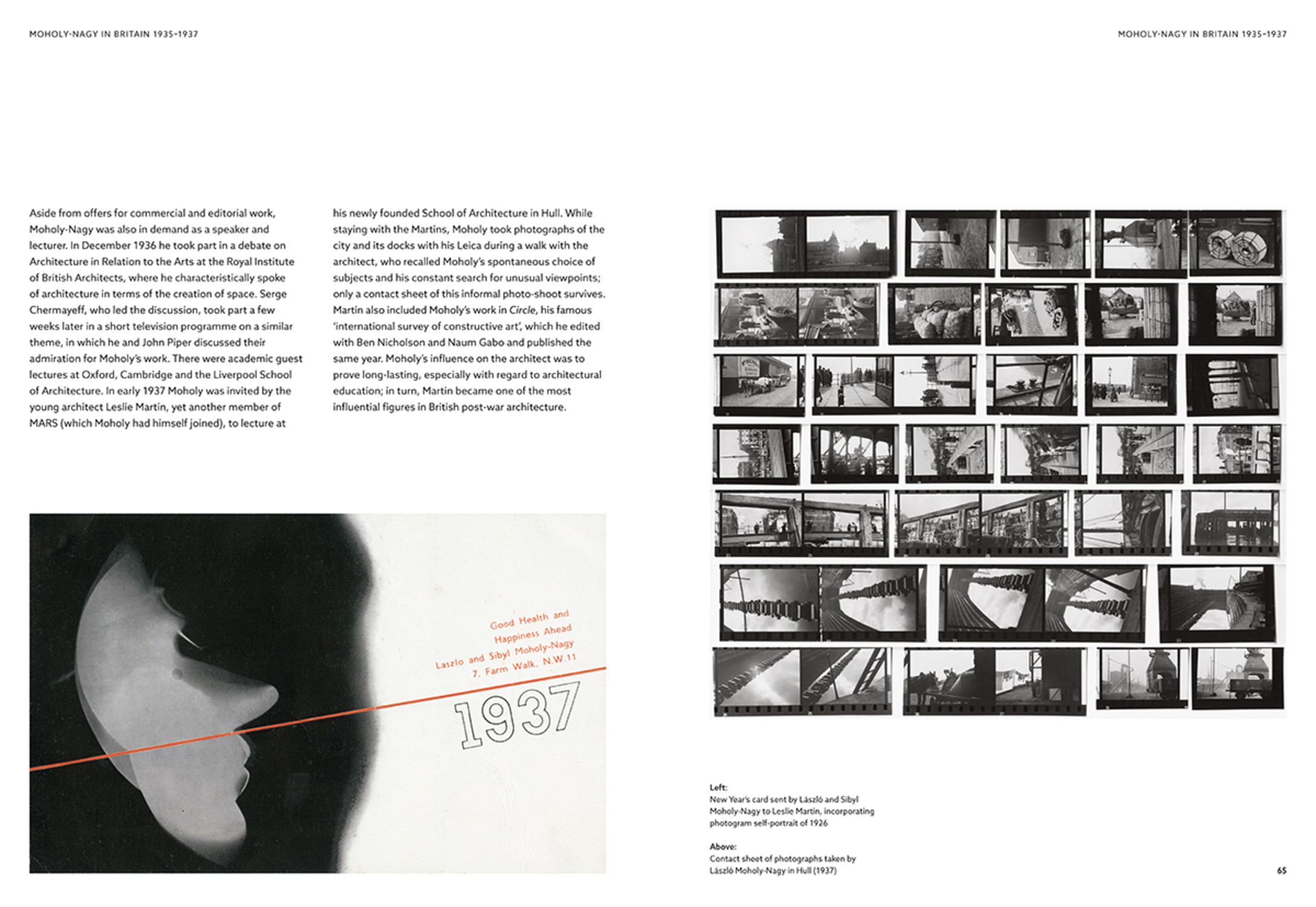 One of the most innovative artists and thinkers of the first half of the 20th century, László Moholy-Nagy (1895-1946) emigrated to Britain after the forced closure of the Bauhaus, following his colleague Walter Gropius. This book examines the two years he spent in Britain in the mid-1930s before moving on to the United States - two intense years filled with commissions, collaborations, opportunities, disappointments, artistic exchanges and friendship.

Moholy-Nagy was especially known in the UK as a photographer, his photos having previously been published in the Architectural Review. Although brief, Moholy-Nagy's English period represented the peak of his photographic activity. In Britain, he also worked as a graphic designer on books, advertisements and on London Transport posters. He worked as an art advisor for Simpsons' menswear store and designed publicity for the Isokon Furniture Company. He made a couple of documentary films – Lobsters and New Architecture at London Zoo and worked as a designer on Things to Come for Alexander Korda. As well as the films and photographic essays for the AR, he was introduced by John Betjeman to publisher John Miles, who commissioned him to illustrate three books: The Street Markets of London, Eton Portrait and An Oxford University Chest. He also worked with Gropius and Maxwell Fry on various exhibition designs, gave lectures and wrote articles throughout his stay, and The London Gallery held an exhibition of his work in January 1937.


This highly visual book weaves together rarely seen images, documents and narrative to create a fascinating picture of the man and the artist during this critical and highly productive phase of his life.