Tomorrow sees the Institute of Contemporary Arts (ICA) publish a new book documenting its fascinating early history. Institute of Contemporary Arts, 1946-1968, written by art historian Anne Massey and with a foreword by ICA Executive Director Gregor Muir, is the first in-depth examination of the extraordinary period of  artistic activity which followed the Institute’s foundation. 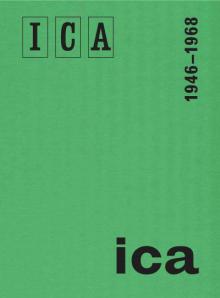 Institute of Contemporary Arts, 1946-1968 by Anne Massey and Gregor Muir

The early ICA hosted the most important shows in the history of post-war British art, including Growth and Form (1951), Parallel Of Life and Art (1953), and Cybernetic Serendipity (1968), as well as revolutionary exhibitions by Francis Bacon, Pablo Picasso and Jackson Pollock. Home to the Independent Group, whose members included Richard Hamilton and Eduardo Paolozzi alongside architects Alison and Peter Smithson, the ICA became the birthplace of Pop Art, Op Art and Brutalist Architecture. 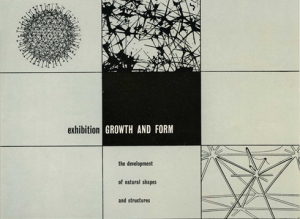 Cover of the catalogue from the ICA’s ‘Growth and Form’ exhibition, 1951 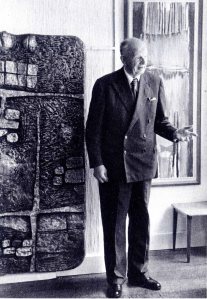 Peter Gregory lecturing at the ICA

Peter Gregory (who died 55 years ago today) was Managing Director of Lund Humphries between 1930 and until the outbreak of World War II in 1939. Having spent the war working for the Ministry of Information, Gregory returned to Lund Humphries in 1945, where he remained Chair until his death in 1959. 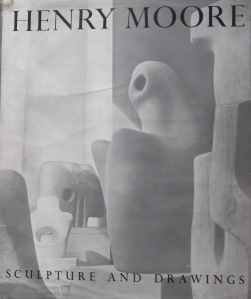 Cover of Henry Moore: sculpture and drawings with an introduction by Herbert Read (1944)

In the 1940s and 1950s Lund Humphries published many of Herbert Read’s ground-breaking texts on Modern British artists, including a number of hugely influential books on sculptor Henry Moore.

You can find out more about both men and their important role in championing of Modern British art and artists in Valerie Holman’s Short History of Lund Humphries Publishers, which we published recently on our website. A new exhibition, Richard Hamilton at the ICA, exploring the artist’s close relationship with the Institute throughout his career, opens at the ICA on Wednesday this week and runs until 6 April. The ICA is also hosting a special show at its former home on Dover Street; ICA Off-Site: Dover Street Market sees an explosion of rarely seen archival material displayed across all six floors of 17-18 Dover Street, London, W1S 4LT.