Eduardo Paolozzi (1924-2005) was a unique cultural figure. His varied yet instantly recognisable work chronicles the significant changes in British art from the austere 1950s to the post-post-modern late 1990s.

An Italian Scot, Paolozzi studied first at Edinburgh College of Art, before moving on to the Ruskin Drawing School and the Slade. He was a founding member of the Independent Group in the early 1950s but steadfastly resisted the ‘Pop’ label, preferring instead to see his pioneering interdisciplinarity as an extension and an expansion of radical Surrealism.

Eduardo Paolozzi by Judith Collins provides the first comprehensive overview of the career of a major, prolific and complex artist, exploring Paolozzi’s work from all periods and across all media: collage, sculpture, printmaking, ceramics, tapestry and film. Dedicating a chapter to each facet of Paolozzi’s wide-ranging practice – including, in turn, his bronze, aluminium and public sculptures, as well as his early collages and his innovative screenprints – this book offers the definitive, illustrated, art-historical appraisal of an artist whose work continues to fascinate and inspire.

To celebrate the major retrospective of the artist’s work on display at the Whitechapel Gallery, London, 16 February – 14 May 2017, we have selected a few favourite works by Eduardo Paolozzi to share from the book: 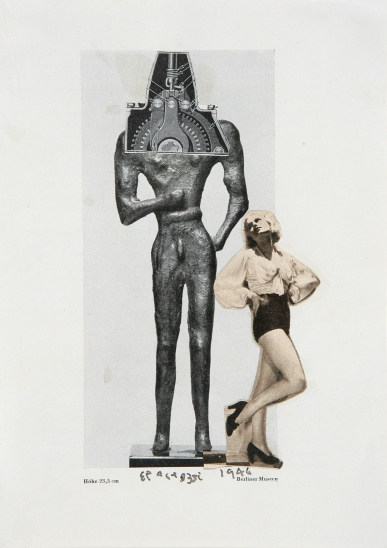 The World Divides into Facts, 1963

The Biship of Kuban, 1963, Scottish National Gallery of Art 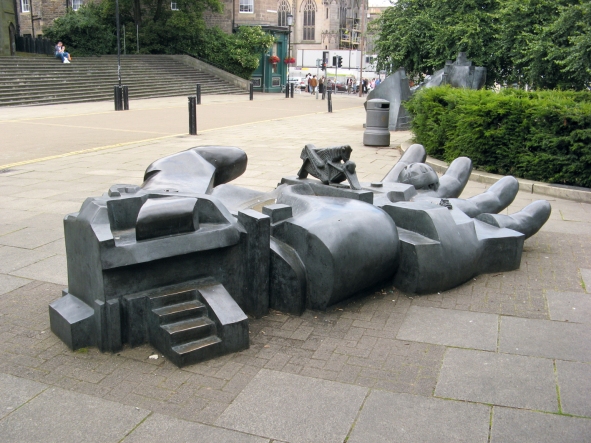 The Manuscript of Monte Cassino, 1991, Bronze, Picardy Place, Edinburgh, outside St Mary’s Metropolitan Cathedral where the Paolozzi family attended mass in the 1930s.

Eduardo Poalozzi by Judith Collins is available in hardback, £45 from our website here.